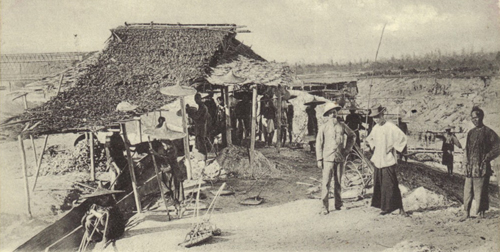 This photograph was one of literally hundreds that the famous German photographer took around 1900. August Kaulfuss was born and educated in Rohnstock, Silesia. He served in the German Navy for a couple of years then worked in the photographic studio of Otto van Bosch in Frankfurt. He arrived in Penang in 1883 and soon established a photographic firm at 9 Farquhar Street.

He travelled widely, mostly on foot, across almost all of the Malay Peninsula, from Province Wellesley in the north to Johore in the south as there were almost no roads or railways. Many of his photographs were made into picture postcards, a range of which are on the ipohWorld main site’s database. It is believed he returned to Germany before the First World War.