The Perak Motor Club‘s history goes back as early as 1907. The popularity of the club can be owed to the “large numbers of European tin miners and rubber planters and the ubiquitous, wealthy, mining Towkays” in Perak – who ‘contributed’ to the vast number of motor cars in the state. This picture was taken during the Tapah/Cameron Highlands Time Trial, which was one of the many events organised by the club. 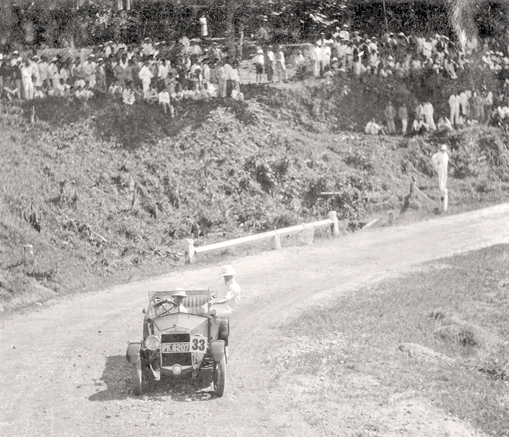 From the number plate (PK 6207), we can deduce that this was before the war. Note how the passenger leans out to the side as the driver takes the corner; this is done to balance the car as it turns.

Sometimes, the driver can’t really control his car…..as this second picture shows. (We hope both the driver and his passenger escaped unharmed) 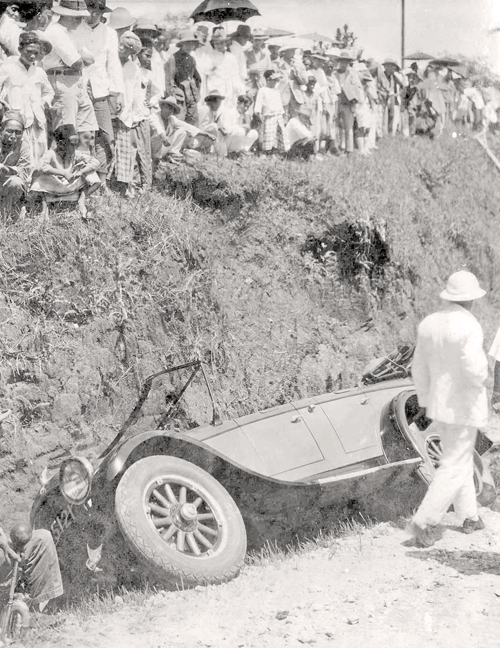 Such races did go on well after the war (you can read a little about Tom Wilson’s experience here). Does the Perak Motor Club still organise such events? Have YOU witnessed/taken part in any of these events? We’d like to hear your views 🙂

These pictures are from Yeoh Lam Swee