A little history lesson for you… 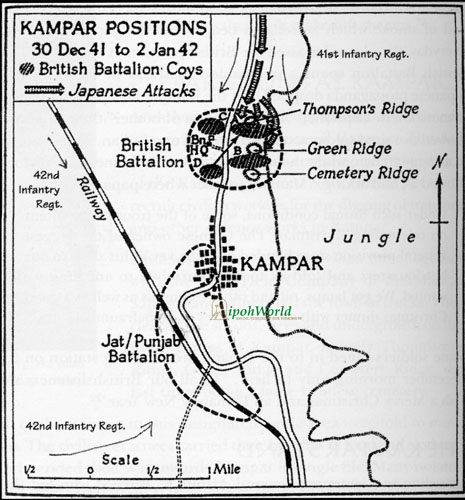 The Battle of Kampar broke out on the night of 29 December 1941, the day after the Japanese occupied Ipoh. The British battalion, under the inspiring leadership of Lt.Col. Morrison, defended the town very well, inflicting heavy losses on the Japanese. When New Year was ushered in, many soldiers, both Japanese and British, had been killed or wounded.