Time for a staff photo 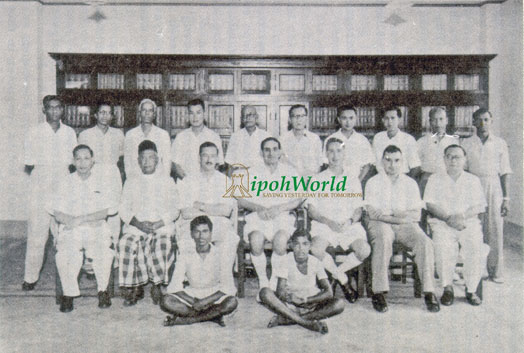 This is a photograph of Maxwell Kenion Cowdy and Jones Staff, a famous legal partnership, taken on the 23rd of March 1953. Do you recognise anyone? 🙂 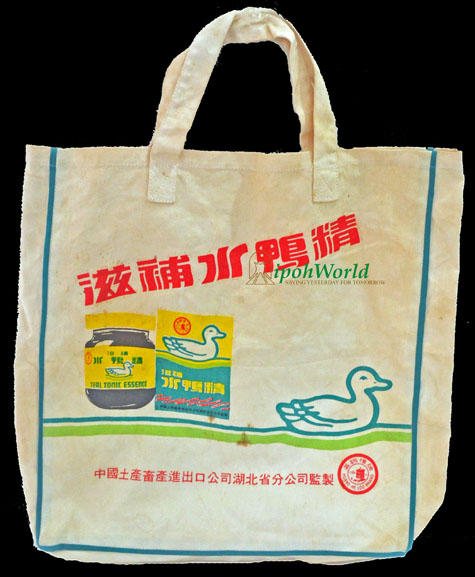 This colourful bag has got us stumped. Have you heard of this brand? Was it similar to Brands Essence of Chicken? Or, was it a completely different product?

Dancing into the New Year

Here’s something we may have missed this Chinese New Year, due to the MCO. We thank Ann Kesselring Hamon for these pictures.

…there was the Lok Lum Club. Yes, before Yik Foong complex was built there was a club house in that same premise. Undoubtedly the most prestigious Chinese club in Ipoh, it was officially registered on 12 February 1915. Perhaps some of you may remember what the club house looked like. Here’s a picture to refresh your memory.

(You can read more about it here) 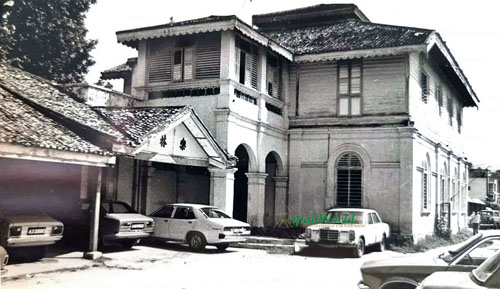 Then and Now – water bills

Some of you might remember your water bills looking like this (above picture). This of course being from the 1970s or so.

Compare this to the present water bill (sample taken from Google images). Quite a vast difference, isn’t it? 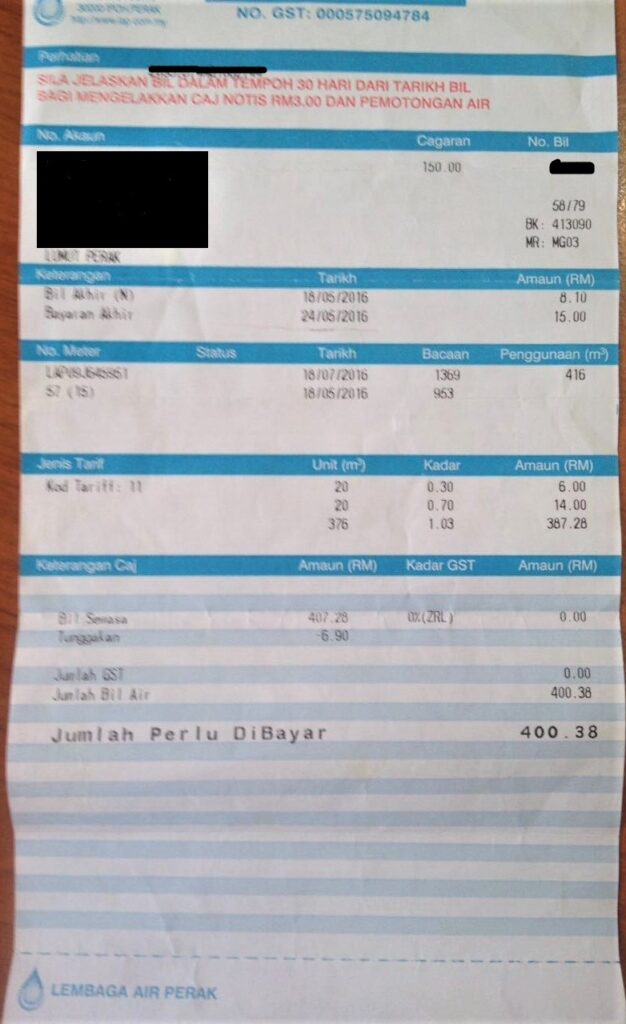 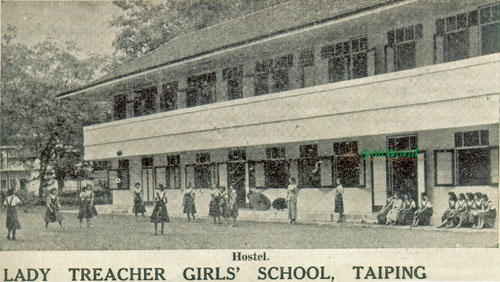 The Perak Government established a Girls’ School at Taiping in 1889 with 8 girls and in 1891 there were 12 girls which was followed by an average enrolment of 36 each month by 1898. The school was named Treacher Girls’ School after Mrs. Treacher because of her special interest she took in the school. (read more here)

Welcoming the Year of the Ox 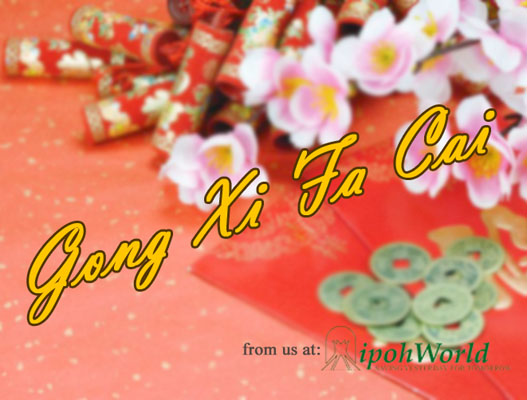 May the spirit of the year of the Ox fill your heart with peace,
love and serenity for all those around you.

We know some of you are rather busy getting ready for the Reunion Dinner tomorrow. How about taking a short break, and having a cup of tea? 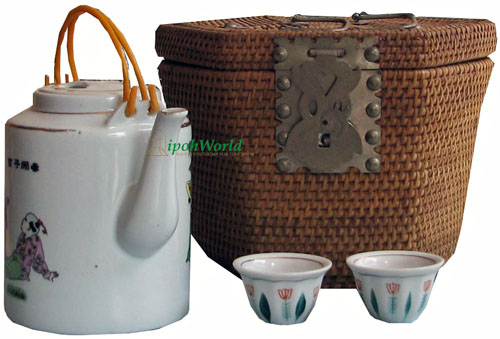 PS: Any recommendation for a good brand of tea? 😉 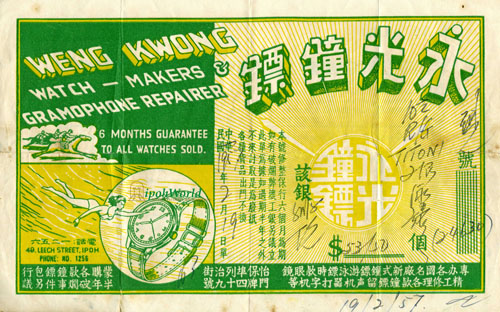 This is a receipt/advertisement from Weng Kwong Watch-makers and Gramophone Repairer, issued on 19th February 1957, for the amount $53.50. It pledges 6 months guarantee to all watches sold. This receipt was issued for the sale of a Titoni Swiss watch.

Anyone remember who was the owner of this business? 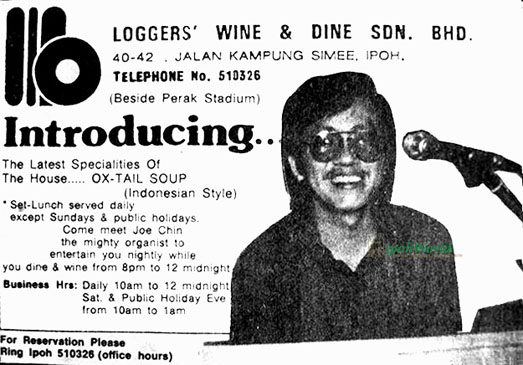 This advertisement from the Loggers’ Wine & Dine introduces Joe Chin (formerly of the Fabulous Falcons) as the organist in their live entertainment from Monday to Saturday from 8pm to 12 midnight. This pub and grill in the late 70s was situated at 40-42, Jalan Kampung Simee at Fair Park, in Ipoh, Perak. It was a new establishment and was owned by four partners one of whom was K K Chan. However, it is no longer in business.

Have you heard of this place? Know what happened to it? 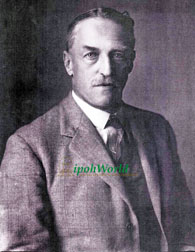 When he arrived in Malaya, this gentleman (pictured above) became Chief Architect to the Federated Malay States (FMS), but would later return to the United Kingdom to begin his military career. It is often said that he was the first British Architect to achieve the honour of the rank of Brigadier General.

The following are some of his notable works:

I think the last two mentions would have clued you in on WHO our featured celebrity is. Yes, folks…he’s none other than Arthur Benison Hubback.

A red envelope or a red packet (in Mandarin it’s known as hongbao) is a monetary gift which is given during holidays or special occasions such as weddings, graduation or the birth of a baby.

That being said, I’m sure some of the young ones out there will be looking forward to receiving this ‘good fortune’ come Chinese New Year 😉

Here’s a sample of ‘hongbao’ from back then… 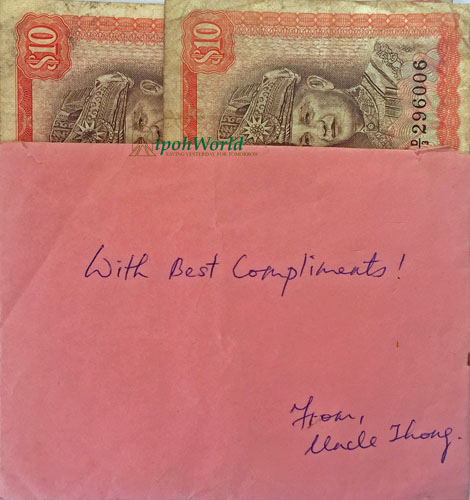