A Ballet in Ipoh

A Ballet in Ipoh 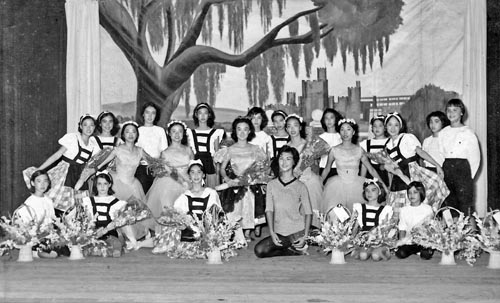 While we’re still on the topic of schools, here’s a picture from 1963 – showing the cast of *Les Sylphides (a ‘white ballet’ or ballet blanc).

We hope someone out there can shed some light on this. We also wonder what became of the dancers!Here is the back of the photograph – with autographs by the cast of the ballet. 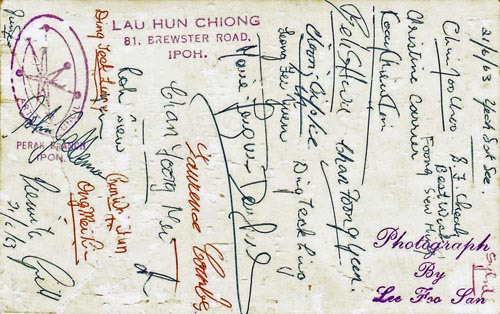 *Les Sylphides is a short, non-narrative ballet which was choreographed by Michel Fokine, with the music of Polish composer Frederic Chopin. The ballet is often described as a ‘romantic reverie’ – with no plot, but instead having the dancers clad in white (depicting a sylph or forest sprite) dancing in the moonlight. Accompanying these sylphs is a poet or a young man, usually dressed in white tights and a black top.

I recognize S. F. Cheah as Cheah Soon Fong and Ding Teck Ling as my classmates from MGS.

felicia: here’s a picture from 1963 – showing the cast of *Les Sylphides […] Our donor, Sybil de Roquigny, says this ballet was performed in Ipoh. We think the cast could be from Main Convent – but we could be wrong. Does anyone remember where the ballet was performed? I attended this show in Ipoh at the SMI School Hall in June of ’63. As you can see from the costumes on stage, the dancers did not perform from “Les Sylphides” only but from other suites as well. The show was organized pretty much single-handedly by Premita Gill. It was… Read more »